The Chadwick family lived in the village of Werrington in the Staffordshire Moorlands. 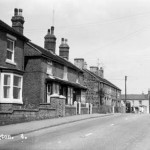 Mr and Mrs Chadwick had 10 children – 3 boys and 7 girls. They all lived in a small three-bedroomed house. The 10 children had to sleep in one double bed, top to tail, “like sardines in a can”. Although the family were poor they were very happy.

During the Second World War, the Chadwick family took in several evacuees. In the first phase of evacuation they had three girls from Manchester. When they returned home because of the Phoney War, another two evacuees came to live with them. They were from London and were two sisters called Ivy and Elsie. They stayed with the Chadwick family for about a year.

Ivy and Elsie found being separated from their parents difficult. They would often wet the bed. But Mrs Chadwick was always very kind to them. She would simply change the bedding, wash the girls, get them fresh clothes and put them back to bed.

Whilst Ivy and Elsie were staying with the Chadwick’s, their mother came to visit them. She was pregnant and not due to give birth for a few months. However, during her visit she had a baby boy and Mrs Chadwick helped to deliver it. Ivy and Elsie’s mother then stayed with the Chadwick’s for two weeks before returning to London with the baby and leaving her two daughters in the safety of the countryside. 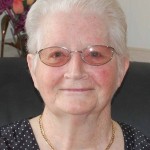 Dorothy was one of the seven daughters in the Chadwick family. At first she found it difficult to share her things with the evacuees, especially when she did not have much herself. After a little while they all became friends. They went to the same school and she remembers having a good time with Ivy and Elsie. So much so, that when they went home to London, Dorothy missed them and felt she had lost a part of her family.

What do you think of what the Chadwick family did for evacuees?
– Why not post your comments on our comments board…