Reginald Frank Williams was born in Westgate-on-Sea in December 1935. He was evacuated at the age of 4, and so can’t remember much about his life before then, however his father was a master butcher, and they lived over this shop at no. 3 Station Road. This house was occupied by his parents, six sisters and older brother Ray. 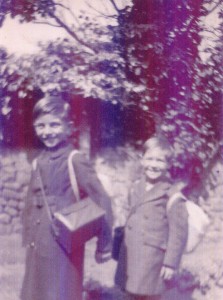 Reg and his brother Ray on their evacuation day, 2nd June 1940.

He can’t remember being told about being evacuated, or what that meant, but he thinks that it was him, Ray and three of his sisters that went to the school that day and said goodbye to their parents before walking to the train station.

As he was such a young age, he has very few memories of the journey to Staffordshire, and can’t remember the billeting process, but does remember being at the first house he was billeted at with Mr. and Mrs Lounds in Colton at the top of Bank Top. He believes that all of the children were housed together at this home, but were then separated when Mrs Lounds became ill and they had to move on. Reg went with his sister Phyllis to a house right down the bottom of the road past the Dun Cow pub and his other brothers and sisters were shared amongst other locals.

The one thing he couldn’t get used to was school and he remembers being in trouble all the time with the teachers:

Reg Williams – getting the stick Transcript of Reg’s audio clip 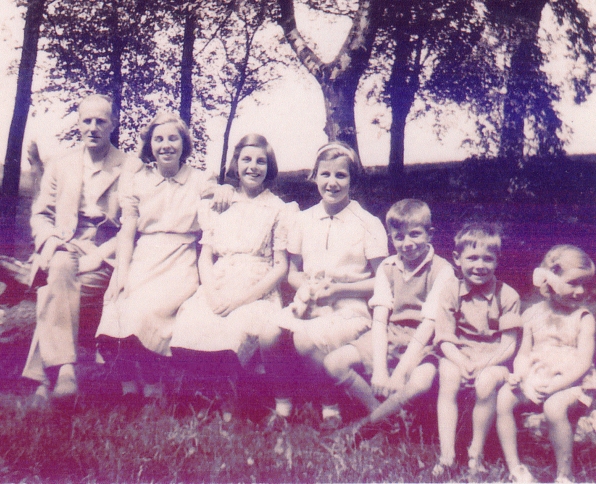 The Williams children in Colton.

For a number of reasons, Reg and Phyllis were unhappy at this billet, and so Phyllis wrote her mother a letter from school telling her they wanted to be moved. Within about a fortnight they were moved on Phyllis went to live with the Finnimores at Blythbury and Reg went to stay with the Dunkeys where he was really spoiled. They lived on a small holding of about 29 acres with 18 cows and had the time of his life.