Jeffrey Goodwin was born Jeffrey Stoneman in Hammersmith, London in 1936. He lived with his two brothers, mother and father in a three-storey house where their family rented a couple of rooms.

At the outbreak of the Second World War, his two older brothers were evacuated to Devon and Yorkshire respectively, and Jeff was evacuated in either the November or December of 1939 when he was just 3 years old. Being so young, he was not yet at school, but can remember his mother walking him to a large Victorian building one day. The building turned out to be a nursing home where she left him in tears. He can remember being at the home for about a week before a nice nurse told him that he was going to be sent away to some nice people. He was put on a train at Euston Station with a bunch of children from the home and they all got out at Stoke Station, where they were crowded through some iron gates and collected by those waiting for them. He was collected by Mr. and Mrs Goodwin, who told him to call them Aunty Molly and Uncle Johnny, and Jeffrey sat on Uncle Johnny’s knee as they drove back to their home.

The lived at the Lodge in Keele, and although he doesn’t remember getting to the house, he can remember them giving him some toy dogs when they got there. Uncle Johnny worked for Colonel Sneyd on the estate, and their home was much quieter than what Jeffrey had become used to. He spent a lot of time playing in the garden.

The local community treated him well, and he got on well at school until they found out what an evacuee meant. You can listen to Jeffrey talking about this by clicking on the audio link below: 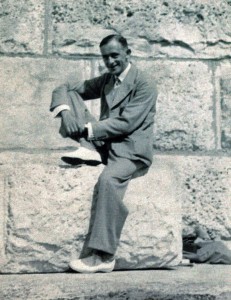 Jeffrey has fond memories of his life on the estate, including when it was taken over by the army and military vehicles started turning up at the Clock House. He can remember when Uncle Johnny told him to come and look as General Patton was stood outside their window. He enjoyed the fact that he had the run of the estate and was given a special pass to get through the border controlled by the American guards (who were very generous with sweets!).

While he was in Keele, hiis mother visited with his brother Carl, and his father came up with his other brother, Walter. His father also visited again towards the end of the war to take him home, but at this stage he had lived with his foster family for longer than his birth family and he was torn about going back. When he did return his family had actually moved to St. Albans, so it was here that he began school. 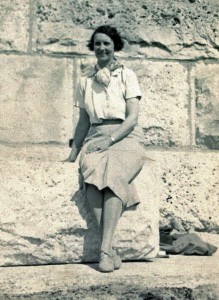 Jeffrey knows that at this point his mother was having secret conversations with the Goodwins to try and organise his return to them. His father was dead against this, and although she obviously loved him, his mother could see that he had a better life with the Goodwins. In the end, his mother forged his signature on the adoption papers and he went back. He was then formally adopted in 1945. It caused terrible rows amongst the Stoneman family to begin with, who later moved to Australia and then to New Zealand.

He has a huge affection for Staffordshire, and considers himself very lucky to have two sets of parents. He has also recently been back in touch with his brothers.